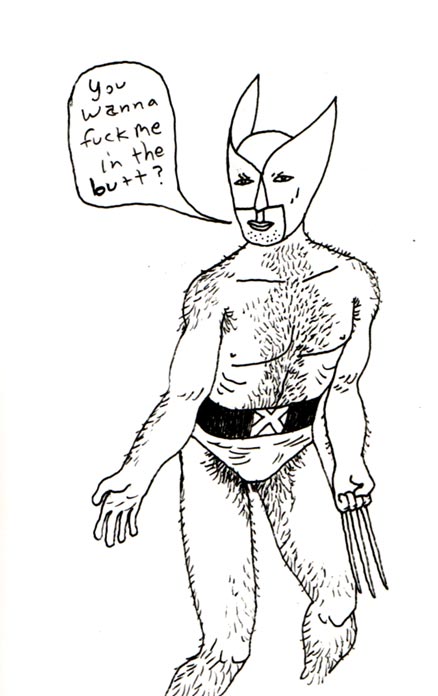 I couldn’t focus in the coffee shop today. Got into a conversation about superheroes with Adam Rex so then I drew this and left. I stopped collecting superhero comics around 9th grade. What I think turned me off to them was not so much the nerdy fantasy aspect, but the relentless exposition on every panel. That stuff makes my eyes glaze over. I just can’t pay attention to it. This year I bought the first volume of  Kirby’s Fourth World Omnibus, thinking I could get into his wild shit but I had to force myself through it. Man. I just don’t like superhero comics. I don’t like revisionist/satire superhero comics either. Or at least I haven’t seen one that I liked. My friend John Walsh suggested I check out Rick Veitch’s Maximortal, so I’ll give that one a shot.  I love superhero movies though, so what’s that all about? Anyway I hear there’s a new Wolverine movie coming out soon. Nice!