For fun, here’s a list of the stuff that resonated with me the most this year:

FAVORITE MOVIE OF THE YEAR
DANCE OF REALITY

Hands down my favorite film of the year. I don’t really know anyone I consider my hero except for Jodorowsky. This movie is so important and relevant to today’s dwindling understanding of empathy toward faulted people. More so than his other films, this story celebrates the humanity of someone that caused him a lot of apparent pain and confusion. It’s a magical, alchemical journey to forgive and hope for another person. Also it is visually shocking, hilarious, beautiful and shaky at times.

COOLEST CARTOON I SAW THIS YEAR
SON OF THE WHITE MARE

Sam Alden turned me on to this film when we were hanging out at a convention in Chicago. Anyway, it’s one of those feats of imaginative and technical strength that maybe you didn’t know was possible until you see it. I got to see an original 35mm screening of it at Cinefamily this year, which was a real treat.

(image from Farel’s website)
Starts off like a pretty neat YA type fantasy book and eventually unravels into a 4th wall breaking meditation on what I think is Farel’s isolated depression/madness? As you proceed with the book, it becomes less and less likely that the story will hold together, but somehow by sheer dedication (I’m guessing) the seems stay loosely connected enough to satisfy in a really devastating way. I was really moved by this book and that’s saying a lot because I could give a shit about 95% of the comics I read lately.

It’s hard for me to get in touch with new music. I’m old and I like the 70’s in Italy. Yeah I liked about half of the new Ariel Pink album. And Charlie Looker has a new metal band called Psalm Zero that I haven’t listened to yet.

Natalie “Weyes Blood” Merring was a cool cat who hung out in the Philly music scene while I was there. She is cool and her new album is really romantic, analog-y and deep. 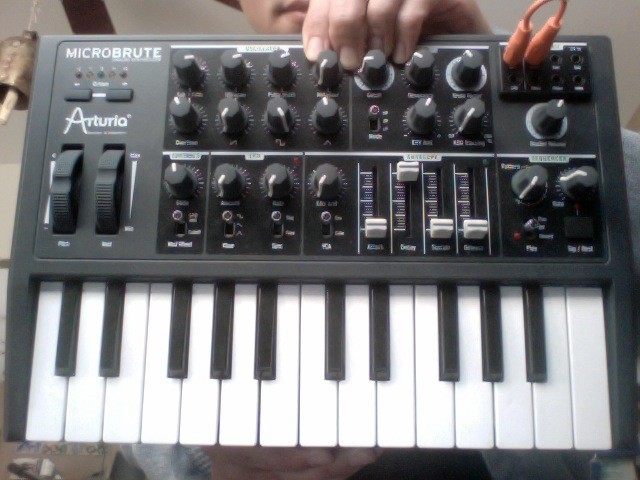 I bought this thing this year after messing around with it at a synth store in Portland. It’s basically the best thing ever and it’s like $300, which is insane considering the capabilities it has, as well as the crazy dirty bass frequencies you can get out of it. It’s also tiny and easy to carry around to gigs if you do that sort of thing. If I was playing shows, I would be using this thing for harsh leads and bass, and a Juno 60 for washy pads.

If you’ve been following me closely on social media this year, you may have sleuthed that I had a bit of a breakdown about 6 months ago where I had to shut down my twitter and tumblr, block a bunch of websites and take a break from interviews or appearances at conventions. I was honestly coming close to something very serious, possibly needing to take a total hiatus from my LA existence and move to a therapy farm in Maine or some shit. Luckily after a few weeks of mostly media blackout, 2 therapists, 10 hours a day of Skyrim, a visit to my parents where I just slept, and reading the Bhagavad Gita, I managed to crawl out of the mental flood and find my footing to keep creating.

The thing that helped me the most I think, was reading the Bhagavad Gita. Graham Schweig’s translation is really smooth and his annotations are super helpful. I got a lot out of this book. While reading it, I felt like Krishna was talking straight at me, telling me to get my mind right. I still think about it every day. And any time I start to feel like I’m spinning out, I try to remember the lessons in it. 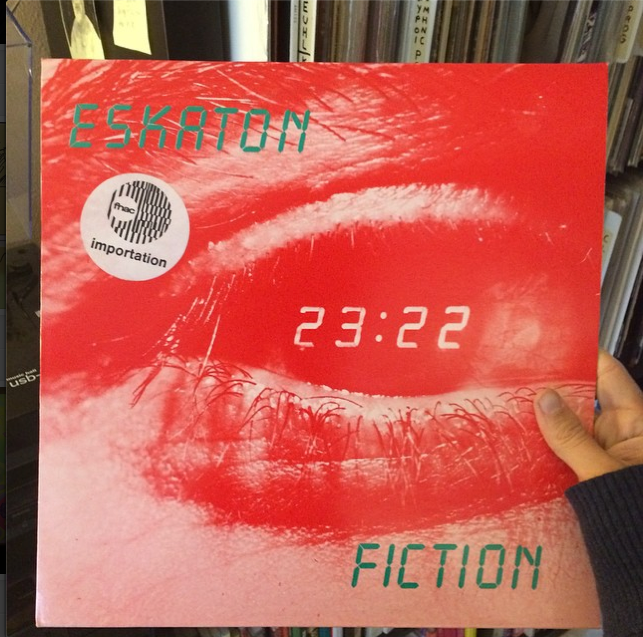 This year I discovered the website Discogs. For some reason I had no idea everyone sells their vinyl on there. I always thought it was some stupid CD distributor. So that changed my life and I’ve been blowing all my money on records. I finally purchased an original copy of Eskaton’s mega holy grail zeuhl album “Fiction”. I guess that was sort of dream come true, to own an artifact of such incredible creative power. Their other album “4 Visions” is also a holy grail prog album for me.

Here’s the full “4 Visions” album on youtube if you want to know what Eskaton’s all about.