Hey guys on Monday is a pretty special episode for me. It’s the second part of a story that I seeded, that ended up splitting into two episodes: “Ghost Princess” and now “Sons of Mars”. The two episodes have nothing to do with each other now, just that they used to be one premise idea about Ghost Princess and Magic Man (and a lot of other stuff). After a few extensive meetings and talks with Pen, Kent and Pat, we figured out how to make a cool Magic Man sequel. Anyway I hope you enjoy it. I embeded some autobiographical elements into this one to give it some emotional heft. I don’t know if anyone will really see it except my brother. Also I’ve decided to start calling my partner Ako Castuera, “Acasta” in these promo pieces. I hope you don’t mind Ako. 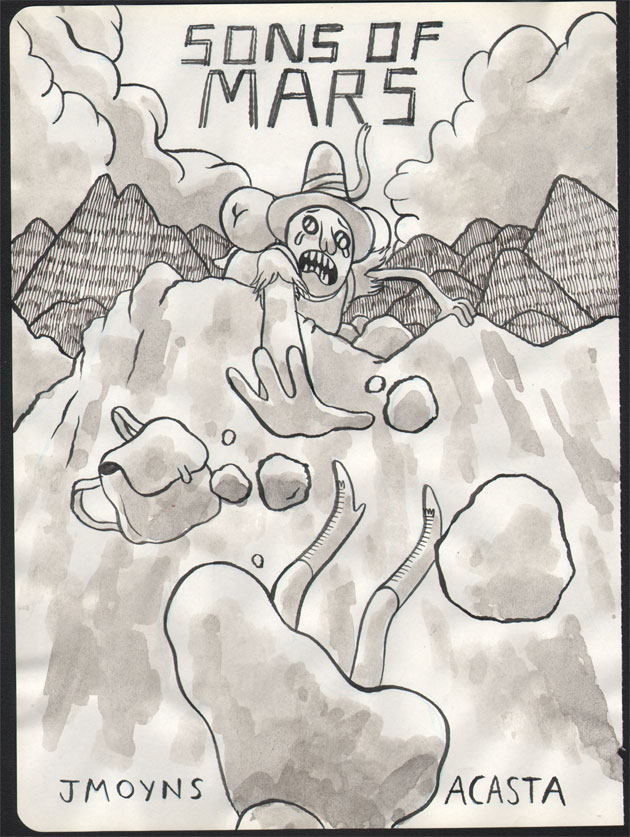