I usually write these posts in one sitting, so obviously I forgot a few things that were rad in 2012.

When I think about how awesome cartoons can be, this is what it looks like.

THE ONLY BOOK I READ ALL THE WAY THROUGH THIS YEAR

The Way of the Tarot by Alejandro Jodorowsky

I didn’t read much this year. I’m sorry. I sort of half read a bunch of books but got distracted by video games. Hey. 2012 was just like that okay? I read a little Snow Crash, a little Three Stigmata of Palmer Eldrich, and half of Bebe Buell’s autobiography because I was starting to do research for a comic about Todd Rundgren. But I did read all of the Jodorowsky book because I got pretty heavy into the Tarot this year.

I read several books on the Tarot: A.E. Waite’s book, and Richard Robert/Joseph Campbell’s book, and I participated in an 8 week workshop that was sort of helpful in some ways. So far the Jodorowsky book has felt the most helpful for me. I feel like the meanings I want to glean from life hew very close to Jodorowsky’s writing and lectures. So I’m using Jodorowsky’s reconstituted Marseille deck. If anyone has suggestions for further reading on the Marseille, please let me know! I’m still having a hard time with a lot of these cards.

I watch this video whenever I feel like the day might be too much for me to handle.

I’m in love with Paul Vunak. Paul Vunak is the man. He seems like he is out of his mind, which is part of why I like him so much. He has tons of videos on youtube to watch. They’re all gold. I guess I appreciate him on two levels. One is that he is sort of unhinged. 2 is that he is genuinely a badass and I admire his dedication to being a human weapon.

MY FAVORITE SANDWICH OF 2012

This is the Tofu Curry Bahn Mi at Xoia on Sunset and Lemoyne in LA. You dip the bahn mi in a bowl of curry and eat the shit out of it. 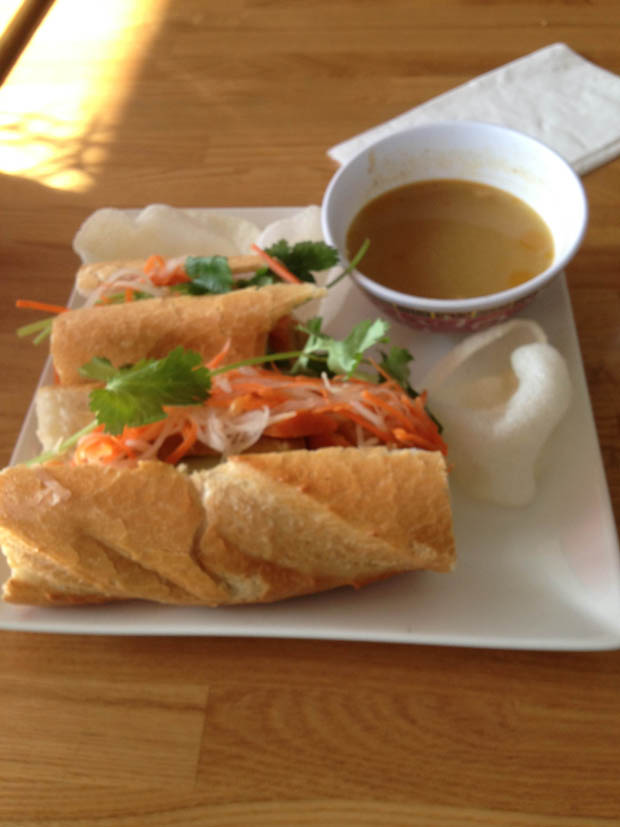 OKAY I THINK THAT’S IT