This Monday May 20th will be airing an episode I worked on with German cartoonist Thomas Wellmann. I did two boards with Thomas, via skype and gmail video hangouts. Ako had taken two rotations off to work on her art show at the Japanese American National Museum, so it was a cool chance to feel a different partner dynamic.

Thomas made this promo art for the episode: 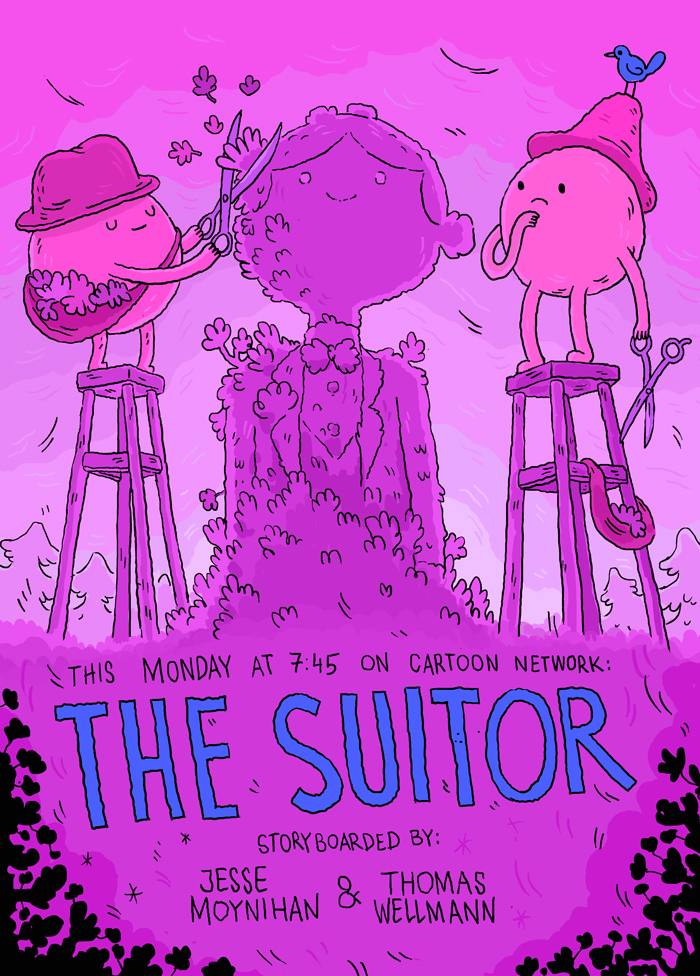 Also, I wrote a song for the episode. It was intended for a sequence in the middle of the episode, but ended up not fitting because of time. So I asked Muto if we could put the song at the end credits. I recorded a demo with myself and Ako singing. The intention was to have a bunch of kids sing it, but that didn’t happen. So our voices are there still.

I will post the demo of the song after the episode airs.

Here is the rough demo I recorded with Ako

Here’s the finished version with arrangements by Casey