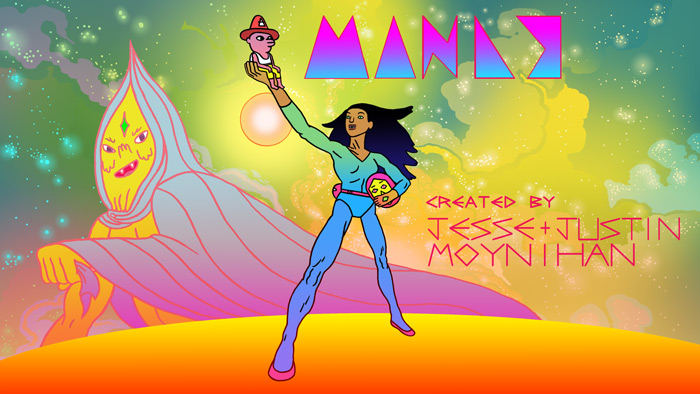 In case you don’t look at my twitter, tumblr or my instagram, then you should know I made a cartoon with my brother called “Manly”. It’s about a girl who flies around space and kills gods with her friend Nimbus. It’s about figuring out the meaning of life and death. It’s about the Spirit triumphing over the Flesh.

And It’s premiering at Comic-Con on Thursday, at the Bee and Puppycat panel. It’s also premiering to the rest of the world on July 31st on the Cartoon Hangover Channel on Youtube.

A bunch of people helped us make it, like James Stokoe, Rob Sato, Tom Herpich, Ke Jiang, and more who will all be listed in the credits. I’m too tired to list everyone right now I have to go to a going away party for Steve Wolfhard.