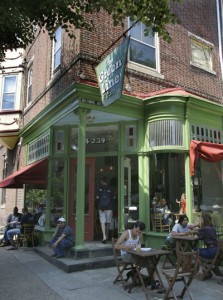 The site began in 2008 when Jesse still lived in Philadelphia and had quit his dead-end job to test the potential of his visual art as a full-time occupation. Moving to Los Angeles to work for Adventure Time came a few years later. Despite completing an epic sophomore album with his music ensemble Make A Rising that was praised in some quarters as “the greatest song-based avant-rock album in the history of the universe, or at least from America or from the past 30 years”, his music hadn’t been rewarded with much fame or fortune. Typically penniless, his long daily sessions of drawing at coffee shops were often sponsored by generous baristas. After months of research and preparation, he launched Forming as a webcomic to force himself to follow a strict weekly publishing schedule.

To stay within his non-existent budget, Jesse settled for a primitive website coded by a friend, Mike “Melt-Banana guy” Parker, a sketchy character of dubious webprogramming qualifications who donated his webhosting account and cobbled together a minimalist WordPress theme that got the job done. 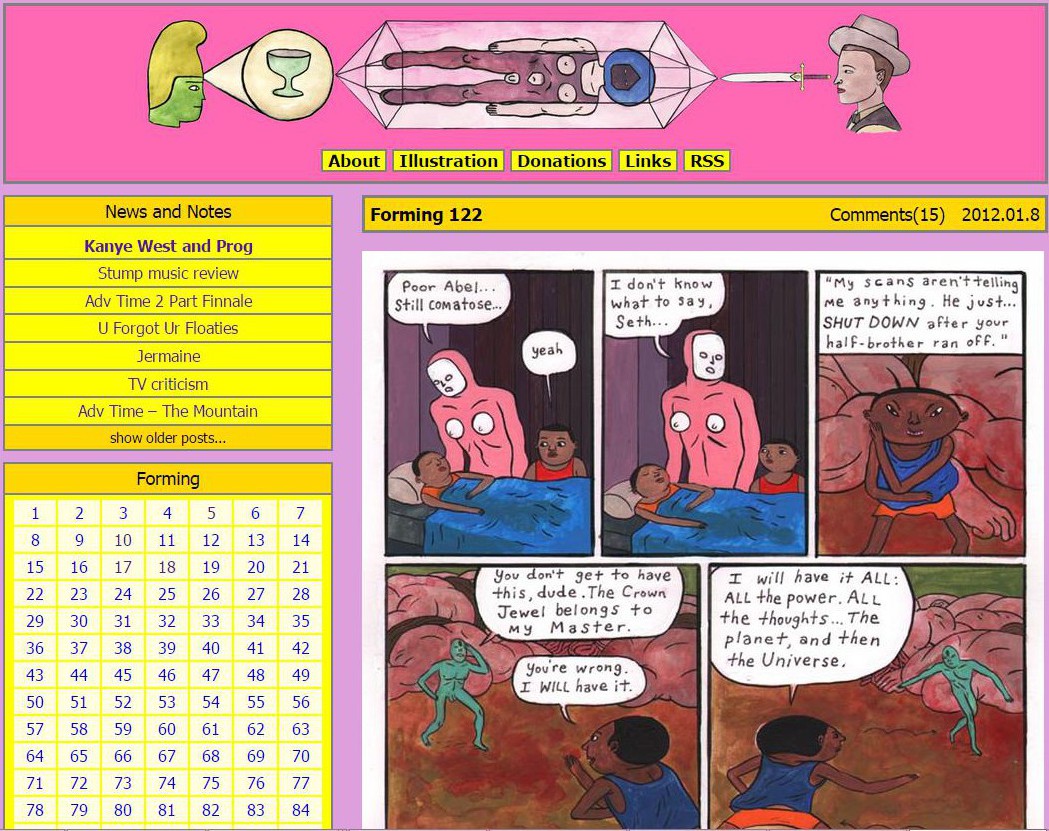 On 2015-08-20 the website went through its first major revision. We added a membership system for the new private blogs, The Temple and The Lodge, and made lots of small changes in the design and back-end to make it even cleaner and more content-focused. On the right you can see a screenshot of the old site for sentimental value.

We have an unsolved problem with the comments on the site. For the first several years we used a custom, native WordPress comment display that matched the simple, boxey aesthetics of the site and worked great, but after growing weary of moderating the inevitable steady trickle of comment spam seemingly generated by human spam laborers, we switched over to the Disqus comment plugin with the understanding that all the old comments would get transferred. We tried many times and tried contacting Disqus, but the Disqus import function just didn’t work. So there are lots of interesting, valuable old comment threads that are safe and sound in our database, but unfortunately not visible at all to readers. Tragically, readers can’t currently revisit the witticisms of a mysterious character known only as “john” who’s rumored to reside in “upstate New York”. That’s why the comment count in post headers is much higher than number of comments you can see in many old posts. The Disqus threads have flourished, but hopefully we can fix this sometime.

The old comment system used a captcha plugin beloved by some readers for its uncannily meaningful selections of “anti-spam words” that frequently caused befuddlement and meta-wtf moments. The anti-spam words were randomly generated, but they were limited to a pre-selected list deviously created by the webmaster without Jesse’s knowledge. Because Jesse was usually logged in as an admin, he didn’t see all the anti-spam action. Fun times.