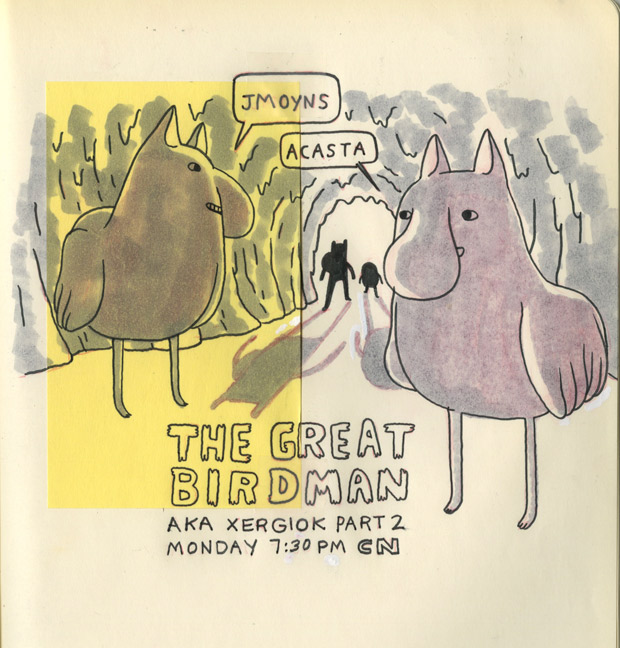 Monday at 7:30 features the return of Season 2 Adventure Time villain, Xergiok. I boarded that first episode with Cole Sanchez and was hoping to maybe have a board partner reunion for this one, but alas our schedules didn’t hook up correctly. So I boarded this one with my fo’-life partner Ako and I think it turned out insane. I guess I’ll wait to see what the internet says about it to get the final verdict.

I’m pretty sure no one was sitting at home, praying for the return of Xergiok. I had been pitching the idea of bringing him back for two seasons, and finally got an outline idea through that Pen and Kent were into. I like the idea of taking an unpopular character and giving them another dimension to appreciate. Hopefully that happens with Xergiok. Anyway, I also wrote a song for this episode. So look forward to that

Hey, here are the lyrics to that song that Xergiok sings in case you couldn’t make them out

Far, far above,
Time standing still,
Memories are One,
Same space, same will.

The song was trying to get at the idea of material awareness and losing the sense of Singularity, not unlike Adam and Eve’s fall from Eden. I could go more into it, but I feel like it would be doing a disservice to the character and his scenario which I hope will have resonance with people on repeat viewings. That’s my hope anyway.